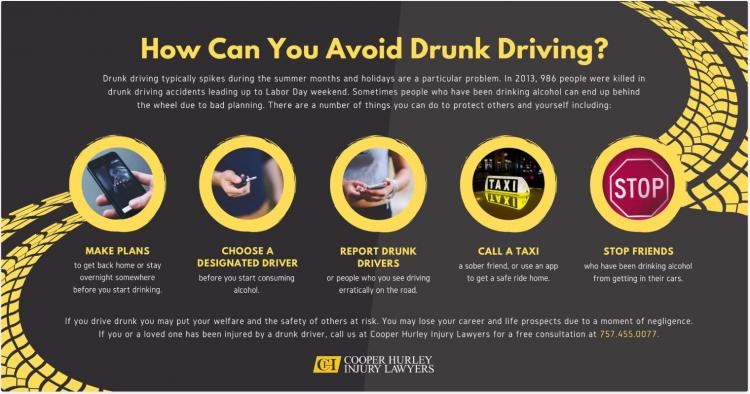 December is National Impaired Driving Awareness Month. According to the Center for Disease Control and Prevention (CDC), 29 people in the United States die in motor vehicle crashes that involve an alcohol impaired driver every day.

WHAT IS IMPAIRED DRIVING?

The terms impaired driving and driving under the influence (DUI) can be used interchangeably. DUI is operating a vehicle while one’s blood alcohol content (BAC) is above the legal limit, which is the level that a person can not drive safely. Every state has set .08 percent BAC as the legal limit for DUI or driving while impaired (DWI). It is illegal to drive with a BAC of .08 or higher. Although even a small amount of alcohol can affect one’s driving ability.

An individual’s BAC is measured with a breathalyzer, a device that measures the amount of alcohol in a driver’s breath or by a blood test. The penalties for being getting caught while under the influence depends on prior records and the level of alcohol in blood. After a person is charged of DUI, first time offenders may be required to attend AA meetings, or a breathalyzer may be attached to their car’s ignition to prevent the car from starting when they have consumed alcohol.

Alcohol, drugs and driving do not go together. Driving requires a person’s full attention and ability to make decisions, react to changes and operate behind the wheel. When drinking alcohol or using drugs, driving becomes dangerous and potentially fatal.

Alcohol is a substance that reduces the function of the brain, muscle coordination, reasoning and impaired thinking. All of these capabilities are essential to driving a vehicle safely. As one’s BAC level rises, the negative effects happen to the central nervous system (CNS). Alcohol is a depressant, which causes anything transmitting to our brains to slow down.

THE EFFECTS OF BAC

The CDC categorizes how alcohol consumption and BAC can impact judgement, behavior, physiology and driving ability:

If you drive while impaired, you could get arrested or be involved in a crash that causes serious injury or death to you or other drivers. Approximately one-third of all traffic crash fatalities in the United States involve drunk drivers. These are all preventable crashes. There are steps one can take to prevent drunk driving:

Find a designated driver: If you will be drinking, plan to not drive. Plan your safe ride home before you get to the party or bar. Designate a sober driver ahead of time.
Hide their keys: If you know someone has been drinking, do not let that person get behind the wheel. Take their keys, and arrange for them a sober ride home.
Call a taxi or Uber: Calling a taxi or Uber can be another way of getting home if you do not have a designated driver. A taxi or Uber may seem expensive, but it is cheaper than the price of causing an accident or a DUI.
Be responsible: If you are old enough to consume alcohol or you plan on doing so, it is important to drink responsibility. If you make the decision to drink and drive, you are putting other drivers at risk. No matter the circumstances, it is always a good idea to avoid drinking and driving.

Law enforcement says there are several signs associated with drunk driving. These are signs to avoid a dangerous situation and detect drunk drivers:

Making wide turns
Swerving, drifting or straddling the centerline
Almost hitting a vehicle or object
Driving on the wrong side of the road
Braking without cause
Responding slow to traffic signals
Driving at a very slow speed
Turning illegally or abruptly

Calling 911 can pull over and report drivers you suspect to be under the influence.