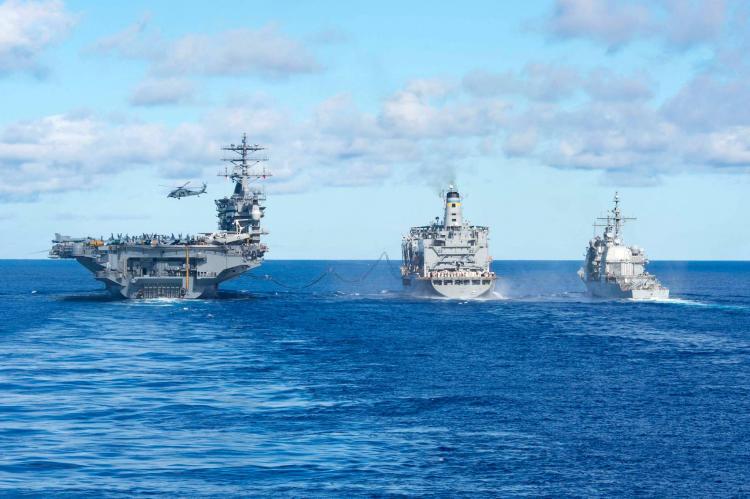 More About Happy Birthday US NAVY!

On October 13th, the United States Navy observes its birthday every year.

The United States Navy (USN) is the naval warfare service branch of the United States Armed Forces and one of the seven uniformed services of the United States. The U.S. Navy is currently the largest, most powerful navy in the world, with the highest combined battle fleet tonnage. The service has over 340,000 personnel on active duty and more than 71,000 in the Navy Reserve.

Throughout the Revolutionary War, their importance grew. Today, the United States maintains 40 naval bases across the country, including the world’s largest Naval Station Norfolk, in Norfolk, Virginia.

Below the sea, submarines became a part of the Navy during World War II. While experiments began in the late 1800s and during the Civil War, they did not become a large part of the Navy inventory until World War II. At that point, subs became necessary for surveillance and rescue, even though they were also armed.

With the advent of the airplane, the Navy became vital stations for the Airforce as well. As a result, the Navy modified ships into floating landing strips. Today, joint Naval and Airbases such as Pearl Harbor-Hickam provided necessary fleets of sea and air defense.
HOW TO OBSERVE #NavyBirthday

Celebrate with the U.S. Navy. Join Navy personnel as they celebrate their history and military heritage. Use #HappyBirthdayNavy to post on social media.
NAVY BIRTHDAY HISTORY

On October 13, 1775, the Continental Congress authorized the first American naval force. Thus began the long and prestigious heritage of the United States Navy. Between 1922 and 1972, the Navy celebrated its birthday on October 27th, the date of Theodore Roosevelt’s birth. The Navy League of the United States designated the date due to Roosevelt’s foresight and vision in elevating the U.S. Navy into a premier force. Regardless of when the Navy observed its birth, the celebration has always been one of pride.

The change to October 13 was seen as a more relevant date in line with the first official action legislating a navy. Since 1972, the Navy has officially recognized October 13th as the official date of its birth.