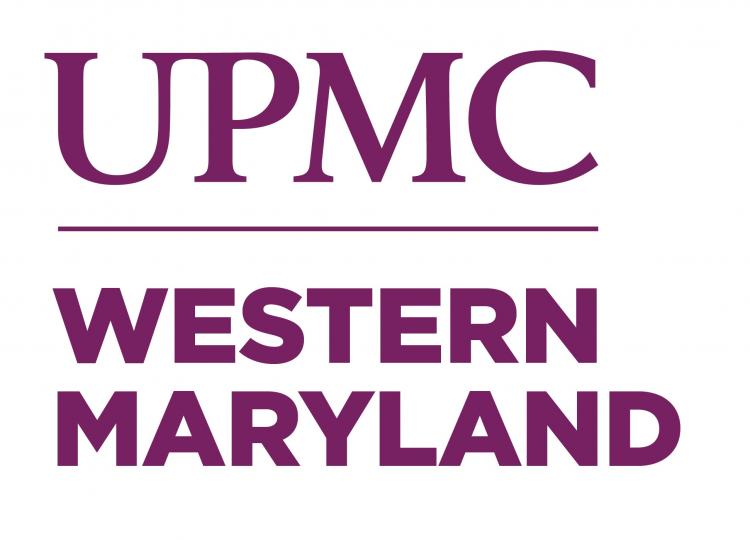 Cumberland – UPMC Western Maryland has received the American College of Cardiology’s NCDR Chest Pain ̶ MI Registry Platinum Performance Achievement Award for 2022 - one of only 240 hospitals nationwide to receive the honor.
The award recognizes UPMC Western Maryland’s commitment and success in implementing a higher standard of care for heart attack patients and signifies that it has reached an aggressive goal of treating these patients to standard levels of care as outlined by the American College of Cardiology/American Heart Association clinical guidelines and recommendations.
To receive the Chest Pain ̶ MI Registry Platinum Performance Achievement Award, UPMC Western Maryland has demonstrated sustained achievement in the Chest Pain ̶ MI Registry for two consecutive years (2020 and 2021), and performed at the highest level for specific performance measures. Full participation in the registry engages hospitals in a robust quality improvement process using data to drive improvements in adherence to guideline recommendations and overall quality of care provided to heart attack patients.
“It is an honor to award UPMC Western Maryland with the Platinum Performance Award for their valuable national leadership and dedication to meeting comprehensive performance measures in patient care,” said Michael C. Kontos, MD, FACC, chair of the NCDR Chest Pain – MI Registry Steering Subcommittee, and cardiologist at Virginia Commonwealth University Medical Center. “The receipt of this award indicates that UPMC Western Maryland remains committed to providing top quality, guideline-driven care for heart attack patients. Their success ensures patients are receiving the highest quality cardiovascular care.”
The Centers for Disease Control estimates that over 800,000 Americans suffer a heart attack each year. A heart attack occurs when a blood clot in a coronary artery partially or completely blocks blood flow to the heart muscle. Treatment guidelines include administering aspirin upon arrival and discharge, timely restoration of blood flow to the blocked artery, smoking cessation counseling and cardiac rehabilitation, among others.
"Receiving this prestigious award from the American College of Cardiology for a second year in a row is a testament to the continued excellence of our Cardiac program here at UPMC Western Maryland” said Christopher Haas, D.O., Medical Director of Cardiology. “The care delivered by UPMC Western Maryland is consistently at or above the national standards, and our team is dedicated to being the best choice for our heart patients, year after year. Ultimately, our greatest reward is getting our heart attack patients back to their families, and back to their lives.”

“We remain extremely proud of the continued success of our cardiac program. Countless positive patient experiences are driven by the many dedicated staff members, advanced practice providers and physicians at the UPMC Western Maryland Heart and Vascular Institute,” said James Karstetter, UPMC Western Maryland Chief Nursing Officer and Vice President, Patient Care Services. “Their drive and determination to make sure we are consistently performing at the highest level possible ensures our patients are receiving the best cardiac care possible”.

A $23 billion health care provider and insurer, Pittsburgh-based UPMC is inventing new models of patient-centered, cost-effective, accountable care. The largest nongovernmental employer in Pennsylvania, UPMC integrates 92,000 employees, 40 hospitals, 800 doctors’ offices and outpatient sites, and a more than 4 million-member Insurance Services Division, the largest medical insurer in western Pennsylvania. In the most recent fiscal year, UPMC contributed $1.7 billion in benefits to its communities, including more care to the region’s most vulnerable citizens than any other health care institution, and paid more than $900 million in federal, state, and local taxes. Working in close collaboration with the University of Pittsburgh Schools of the Health Sciences, UPMC shares its clinical, managerial, and technological skills worldwide through its innovation and commercialization arm, UPMC Enterprises, and through UPMC International. U.S. News consistently ranks UPMC Presbyterian Shadyside among the nation’s best hospitals in many specialties and ranks UPMC Children’s Hospital of Pittsburgh on its Honor Roll of America’s Best Children’s Hospitals. For more information, go to UPMC.com.