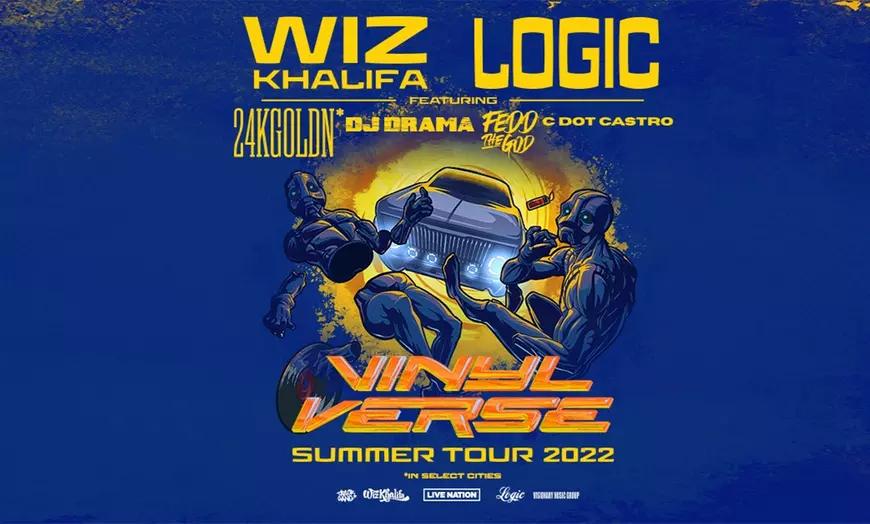 Wiz Khalifa, whose real name is Cameron Jibril Thomaz, is an American rapper and songwriter from Pittsburgh. His name is derived from an Arabic word meaning successor. Crossing genres between rap, pop and hip-hop, Wiz Khalifa has become one of the premiere musical acts of the 21st century with a string of No. 1 hits. During his career, he has collaborated with

The Weeknd
'
'Successor to the Throne'
'

When he was only 16 years old, Wiz Khalifa signed his first major deal with Rostrum Records. This collaboration with Rostrum led to the release of a mixtape,

Prince of the City: Welcome to Pistolvania

in 2005. A year later, Wiz Khalifa released his first album,

Show and Prove
which received positive critical buzz. His first major breakthrough came with the hit 2010 song Black and Yellow, which reached No. 1 on the US chart. The subsequent album on which it was recorded,

reached a peak position of No. 2 on the charts. From these stratospheric heights, it was a position he would not relinquish. His follow-up albums,

in 2018, all charted at No. 1 or No. 2 in the US. His biggest hit to date, the 2015 song See You Again, reached No. 1 in several major markets, including the United States, Germany, Australia and the UK. Wiz Khalifa has received 10 nominations from the Grammy Awards, including Best Rap Song, Best Rap Album and Best Rap Performance. See You Again received nominations for Song of the Year, Best Pop Duo or Group Performance and Best Song Written for Visual Media. He has received recognition from the Golden Globe Awards, the MTV Video Music Awards, the Teen Choice Awards, the People's Choice Awards, the American Music Awards and the Billboard Music Awards. Wiz Khalifa has appeared at