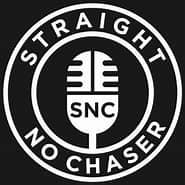 More About Straight No Chaser: The 25th Anniversary Celebration 🎶

Straight No Chaser (SNC) is a professional American a cappella group that originated in 1996 at Indiana University. Originally a student group at Indiana University, they recorded a video in 1998 of a comical version of "The 12 Days of Christmas". The founding members all graduated, to be replaced by other students, in 1999. In 2007, the 1998 video went viral on YouTube, and subsequently led to a reunion of the founding members and a five-album record deal with Atlantic Records in 2008. The YouTube video has been viewed over 24 million times.[1]

The group continues as a student-run a cappella group at Indiana University (until 2012 under the same name, and since 2012 under a new name), though there is also a touring and recording group that performs together professionally. All members of the professional group have been members of the student group prior to joining. The professional group currently consists of founding members, Jerome Collins (tenor), Randy Stine (bass), Charlie Mechling (bass), Walter Chase (tenor), and Steve Morgan (tenor), joined by Mike Luginbill (tenor, joined 2008), Seggie Isho (baritone, joined 2009), Tyler Trepp (tenor, joined 2009), and Jasper Smith (baritone, joined 2020). Prior professional members include David Roberts (2008–2019), Dan Ponce (2008–2010), Mike Itkoff (2008–2009), Ryan Ahlwardt (2008–2012), and Donald Nottingham (2010–2017).