Suzette Who Set to Sea

Suzette Who Set to Sea 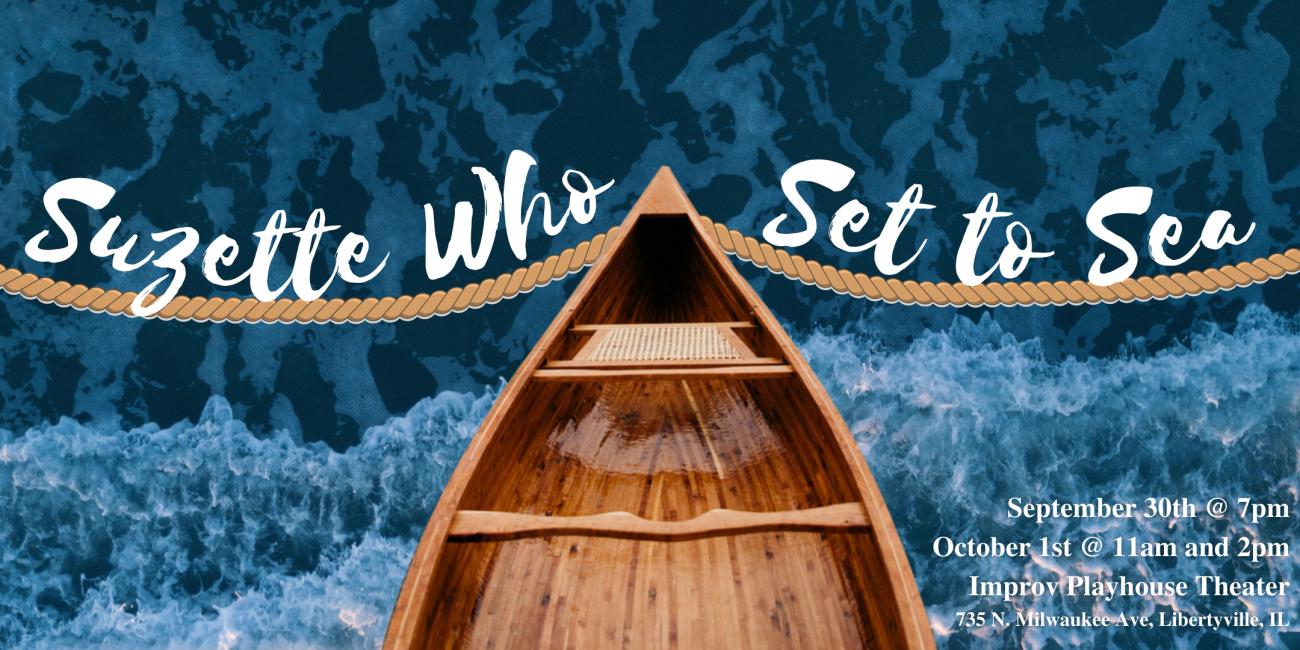 More About Suzette Who Set to Sea

Improv Playhouse® Theater for Young Audiences actors will be sailing into port with their interactive musical adventure - Suzette Who Set To Sea, by Finegan Kruckmeyer - on Friday, September 30th at 7:00pm and Saturday, October 1st at 11am and 2pm. In a small seaside village where men build boats and women do not, young Suzette knows she is different – she longs for the sea and believes she is meant for something greater than a life on land. So when a mysterious event occurs, Suzette is forced to do that most difficult thing – prove herself worthy of her destiny. Loading her loved ones onto a boat she has secretly built, Suzette sets to sea. This adventurous, imaginative tale relies on courage, community, *puppetry,* play, and the possibility that sometimes it only takes the actions of a single person to change everything…all afloat a spectacle of transformation that has it globally revered. Featuring an Australian playwright with over 101 commissioned plays performed on six continents and translated into eight languages, Finegan Kruckmeyer is committed to making strong and respectful work for children, which acknowledges them as astute audience members outside the play, and worthy subjects within. Kruckmeyer has received 42 awards (at least one each year since 2002) for services to international theatre for young audiences. His words are now inherited and brought to life anew by resident IP director, Sivan Spector (Chicago), assistant director, Erin Claeys (Chicago), music director, Michael-Ellen Walden (Chicago), as well as actors Madison Grady (Chicago), McKenna Lyons (Beach Park), and Elina Walchuk (Chicago). Come sail with this fine crew in a performance you won't want to miss, and that you won't find anywhere else! Pre-Sale: $10.00 for Adults, $5.00 for Students. Visit Click for Details or call 847-968-4529 for ticket orders.