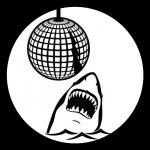 The Spotlights is excited to revive this audience-favorite youth production, but this time with a mainstage production with an adult cast.

Reminiscent of 1970s disaster cult films such as The Poseidon Adventure and Airport 1975, Disaster! takes place in 1979 Manhattan during opening night of the Barracuda, the first floating casino and discothèque in New York. The characters gather unaware of impending natural disasters, and the building's lack of safety measures compounds these catastrophes.