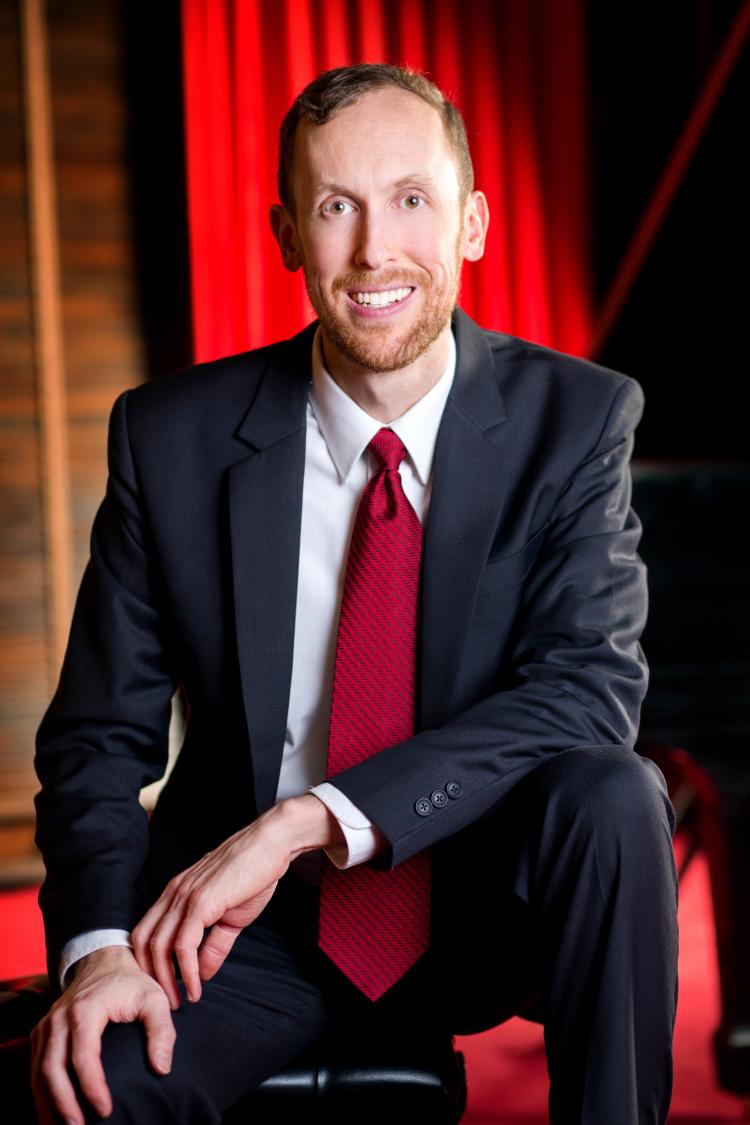 The Concert Association of Valparaiso will host pianist Dr. Cole Burger in concert on Friday, January 28, at 7:00 p.m. in the sanctuary at First United Methodist Church in downtown Valparaiso (103 Franklin Street). The recital, part of the Association’s annual subscription series, is offering tickets at the door at a cost of $15 per adult or $10 for students over 12. Children 12 and under are free.
Burger is an instructor in the College of Musical Arts at Bowling Green State University, where he teaches and coordinates class piano and piano pedagogy. He holds degrees in piano performance and economics from Northwestern University and the University of Texas. Burger will perform works from standard classical repertoire as well as works by living modern composers. The concert is scheduled to have a special focus on music with a Spanish influence.
“Perhaps people will want to enjoy the flavors of Spain at Don Quijote and then choose to join us for the cultural flavors of the music,” said CAV President Dr. Christopher S. Ebert.
Works to be performed in the recital include selections from Isaac Albeniz’ Iberia Suite, an extended work of 12 pieces spanning over 90 minutes when played in its entirety, designed to give impressions of the landscape and culture of the various regions of Spain. Burger, who has been working on these pieces since 2019, said they can be both intimidating and rewarding for pianists.
“I have wanted to play this work for many years and am so glad I've finally started on it,” said Burger. “The pieces definitely scare some pianists off for their immense difficulty – check out the Wikipedia entry for a wonderful quote about the work – but they are true masterpieces worth the effort.”
Another piece Burger has programmed is by Missy Mazzoli, a well-known living composer. It has kind of a unique title -- Bolts of Loving Thunder. Burger explained the title comes from a poem by John Ashbury and was composed in 2016.
“I believe it is important for pianists to seek out the best new piano music, and let audiences decide what they think,” said Burger.
No stranger to Valparaiso, Burger has served on the piano faculty for the Lutheran Summer Music program held at Valparaiso University for several years. However, his travels have taken him worldwide. As a solo and collaborative pianist, Burger has performed throughout the U.S., Europe and Asia, including Carnegie Hall’s Weill Recital Hall, Rome’s Teatro di Marcello, the Romanian Athenaeum in Bucharest, the Goethe Institute in Bangkok, the American Cathedral in Paris and the U.S. Ambassador’s Home in Malaysia. He has also served as a Fulbright Specialist, part of the U.S. State Department's prestigious Fulbright Scholar Program, promoting short-term collaborative projects linking American scholars with counterparts at host institutions globally.
Burger has won prizes at the American Protégé International Piano and Strings Competition, Seattle International Piano Competition, the American Prize in Piano Performance and the Janice K. Hodges Contemporary Piano Performance Competition.
Burger is excited to be able to return to the concert circuit following a pandemic-induced drought of performances lasting 22 months.
“I feel blessed to play an instrument unaffected by wearing a mask, so I can feel a bit safer doing so,” said Burger. “I'm hopeful everything will work out so I can bring beautiful music to people later this month.”
To learn more about Burger, or to listen to sample recordings of his performances, visit Click for Details . For more information on this specific concert, or other concerts presented by the Concert Association of Valparaiso, contact Dr. Christopher S. Ebert, president, at 219-462-5305, board member Tim Cole at 219-242-0760, or visit Click for Details .

This event is seen in 36 communities. [view]
Beverly Shores, IN
Boone Grove, IN
Chesterton, IN
Crown Point, IN
Lakes Of Four Seasons, IN
Winfield, IN
Griffith, IN
Hanna, IN
Hebron, IN
Hobart, IN
Kingsbury, IN
Kingsford Heights, IN
Kouts, IN
La Crosse, IN
La Porte, IN
Leroy, IN
Michigan City, IN
North Judson, IN
Portage, IN
San Pierre, IN
Wheatfield, IN
Tefft, IN
Union Mills, IN
Wellsboro, IN
Valparaiso, IN
Haskells, IN
South Wanatah, IN
Thomaston, IN
Wanatah, IN
Otis, IN
Westville, IN
Wheeler, IN
Gary, IN
Lake Station, IN
Merrillville, IN
Hamlet, IN
[hide]