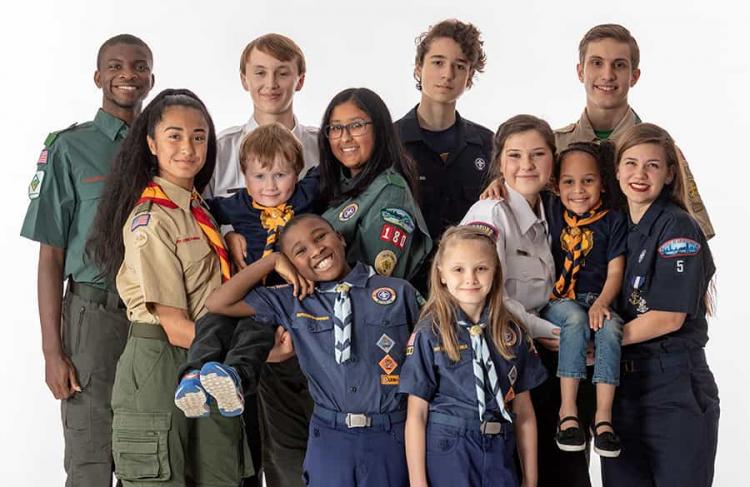 Every year during the first full week of February, the Boy Scouts of America (BSA) celebrate their anniversary.

For over 100 years the BSA has helped youth create memorable experiences and develop future leaders. Members of the organization are encouraged to participate in troop meetings, engage in challenges, take part in service projects, go on outdoor adventures, and do team-building exercises.

When a person becomes a Boy Scout, they advance to different levels. Younger kids start out as Cub Scouts. Advancement through the Cub Scouts depends upon their age or grade level. Once they achieve the Arrow of Light ranking, they advance to Boy Scouts. Instead of progressing by age, Boy Scouts advance by earning badges.

The ranks for Boy Scouts are:

The Eagle Scout is the highest achievement for Boy Scouts. Eagle Scouts must earn a minimum of 21 merit badges. Additionally, they must demonstrate Scout spirit and leadership within their troop.
HOW TO OBSERVE #BoyScoutAnniversaryWeek

Every year during this week, scouting packs across the country host events that educate the public about this organization. Several packs also host a birthday party called a blue and gold banquet. Community leaders are often invited to speak during the banquet. The banquet also serves as an opportunity to celebrate the accomplishments of the scouts.