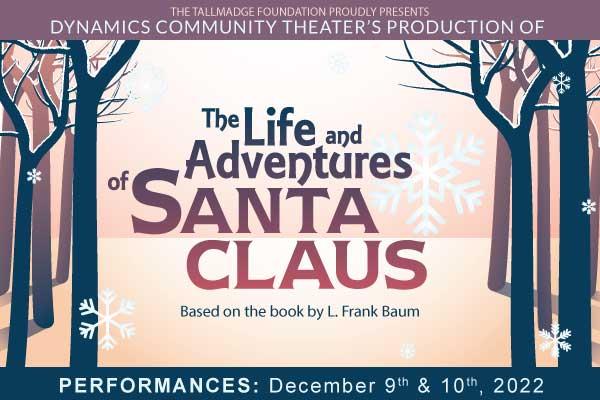 The Life and Adventures of Santa Claus

Have you ever wondered just where Santa Claus came from? L. Frank Baum knew. The same man who created The Wonderful Wizard of Oz lets us in on his secret: the story of Saint Nicholas as told to him by Necile, the nymph who found Claus and raised him as her own in the world of Knooks, Faeries, Ryls and, yes, even the dreaded Awgwas. "Beware the Awgwas," Necile warns Claus. "they hide under beds to frighten human children!"

And so Claus decides he must leave the world of the Immortals and live among the humans, making toys to make children happy. He gets help from Jack Frost, who shows him the Frost Gale, allowing Claus and his sleigh to fly, and from two runaway Knooks, Lem and Barlo, who want to hear the children laugh.

This delightful tale answers once and for all how Santa Claus made the first toy, why he climbs down chimneys and, most of all, how he learned to laugh that great "Ho, ho, ho."