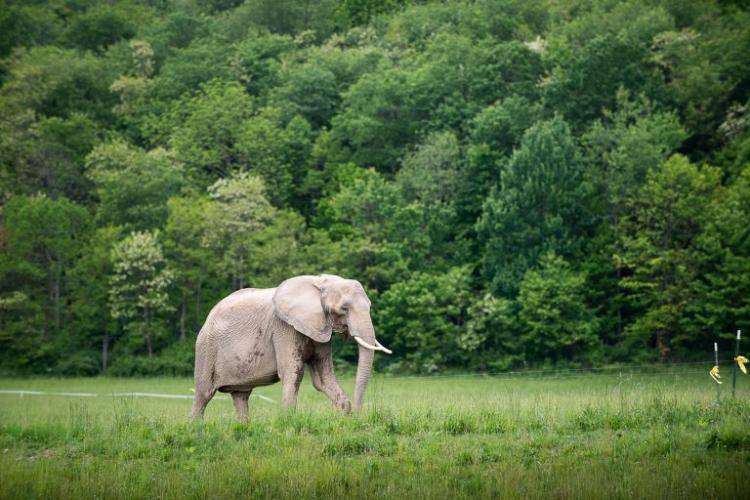 For years I have wondered about the Elephant statue in the parking Lot of Eat’nPark near the Somerset exit/entrance to the PA Turnpike. And while most Somerset County folks probably know the full story, for the rest of us, it is truly fascinating.

The statue represents Jackson the Elephant. Born In Africa, Jackson joined the Pittsburgh Zoo in 1994, where "his prolific mating ability quickly filled the available elephant space at the zoo, which prompted it to create the International Conservation Center in Fairhope, PA (northwest of Hyndman, PA).

The 1,000 acre International Conservation Center (ICC) is North America’s premier conservation, research, education, breeding, and training facility, specializing in the care and breeding of African elephants. The ICC is the only center of its kind with such a strong focus on this beautiful and threatened animal, and enables the Pittsburgh Zoo to play a major leadership role in addressing the needs for breeding the African elephant population in North America. For more information about the ICC: Click for Details

People of all ages are fascinated by elephants. Discover some interesting facts about them to celebrate with us!

These captivating and social animals live between 60 to 70 years. Like humans, elephants develop remarkably close family bonds. Two species, the African Savannah and Asian elephant, exist. However, recently scientists suggested that the African Forest elephant is also a unique species and not a subspecies.