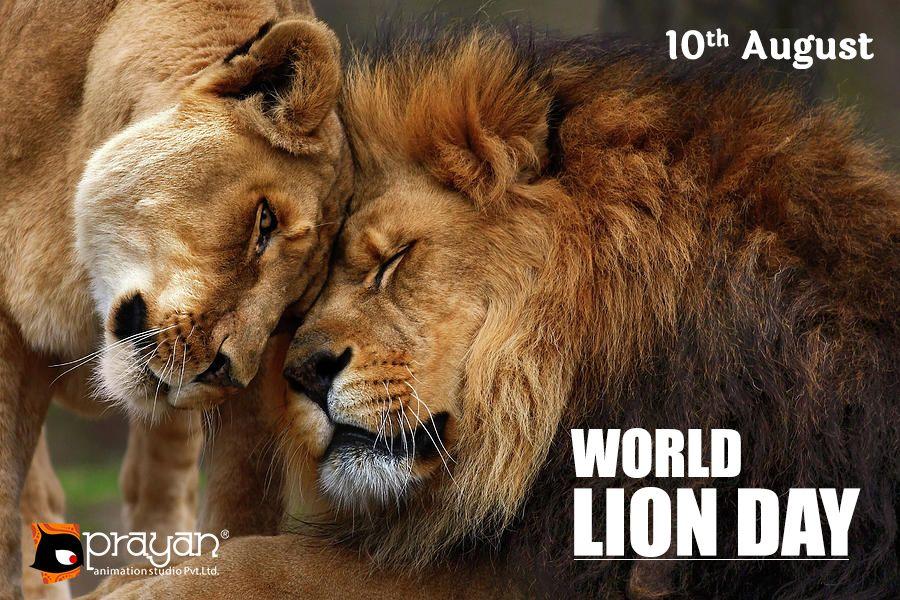 This celebration of the animal kingdom’s most beautiful and fearsome creature was founded by Big Cat Rescue, the world’s largest accredited sanctuary dedicated to big cats. August 10th is a day for people to come together from across the world to pay tribute to the mighty lion in as many ways as possible. Though a fun and exciting occasion for all, its foundations are based in a very serious matter: lion numbers have dramatically declined to the point where the species needs to be placed on the endangered list, just like its larger cousin the tiger. World Lion Day is the brainchild of co-founders Dereck and Beverly Joubert, a husband-and-wife team with a passion for big cats. They began the initiative in 2013, bringing together both National Geographic and the Big Cat Initiative under a single banner to protect the remaining big cats living in the wild. Lions – with the scientific name Panthera leo – are the second-largest cat in the world, just behind the Asian tiger. These immense creatures, weighing between 300 and 550 pounds, have sparked the popular imagination for centuries, inspiring awe through their speed and muscular power. Three million years ago, lions roamed all over Africa and the Eurasian supercontinent. But today, various ice ages and changes in the natural environment means that their range is reduced primarily to Africa and select parts of Asia. According to the International Union for the Conservation of Nature, lions are a “vulnerable” species, meaning that their numbers could and should be higher. Currently, researchers estimate that there are between 30,000 and 100,000 lions left on planet Earth. Without significant intervention, there is a chance that they could find themselves on the endangered list alongside other species most at risk of extinction. World Lion Day, therefore, is an opportunity for lion lovers all over the planet to push back against the decline in the range and habitat of the king of beasts. These giant animals are among the world’s largest land species and an apex predator with a reputation like no other. It would be a tragic loss for both nature and humanity if the species were to disappear entirely from the natural environment. The threats against lions, however, are all too real. They face the dual specters of increasingly popular “trophy hunting” and human incursion on their traditional wildlands. A reduction in food combined with hunting tourism is making them more vulnerable with every passing year. Over the last four decades, the lion population declined by fifty percent. World Lion Day, therefore, has three objectives. The first is to raise awareness of the plight of the lion and the issues that the species faces in the wild. The second is to find ways to protect the big cat’s natural environment, such as creating more national parks and reducing the areas in which people can settle. And the third is to educate people who live near wild cats on the dangers and how to protect themselves. Humans and large species like cats can live in harmony together, but only if they understand how to do so.