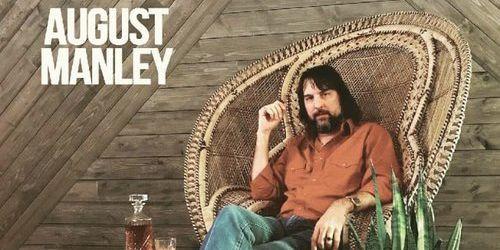 Tacoma, Washington native, August Manley, spent his childhood in the rural outreaches near his Grandfather's farm in the Pacific Northwest. Picking up the guitar in Elementary School, August was a multi-instrumentalist by high school. Composing his first songs in third grade, August fell in love with composition at an early age. Growing up in the mid 70's and the 80's August was heavily influenced by a vast array of music and artists. From Waylon Jennings, to Pink Floyd, to Wagner and Chopin, these influences can be found throughout August's music. August now resides in Phoenix, Arizona and continues to tour and perform and record his original music, and as the nation's premier Waylon Jennings tribute act.

Early entry is at 6:30. General admission begins at 7pm. Showtime is 8pm.